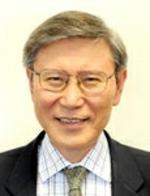 We are pleased to share with you that Young Chan Ro was named ICAS Fellow as of November 19, 2010.

Young Chan authored The Korean Neo-Confucianism of Yi Yulgok (SUNY Press, 1987) and co-authored The Four-Seven Debate: The Most Famous Controversy in Korean Neo-Confucianism (SUNY Press, 1995). He also published several book chapters in Neo-Confucianism including, “Ecological Implications of Yi Yulgoks cosmology” in Confucianism and Ecology (Edited by Mary Evelyn Tucker and John Berthrong, Harvard University Press, 1998), and “Morality, Spirituality, and Spontaneity in Korean Neo- Confucianism” in Confucian Spirituality, Volume Two (Edited by Tu Weiming and Mary Evelyn Tucker, The Crossroad Publishing Company, 2004). Young Chan has published many articles in Korean studies, Confucian studies, and comparative religion. He has recently published, a translation of the Chinese Daoist classic text, Dao De Jing into Korean and a commentary on the text, Uriga giriyo Uriga checkida [“we are the ways, and we are the books”], (Seoul Daehan Media Press, 2005; An English version of this book is in preparation).

Young Chan is a recipient of a most prestigious academic award in Confucian studies in Korea, Yulgok Scholarly Award in 2004. He was co-chair of Korean Religions Group of American Academy of Religion (AAR) and President of the Association of Korean Christian Scholars in North America.

Young Chan (Ro, Young Chan) was a featured speaker at the ICAS 2004 Summer Symposium where he addressed The Korean Immigrant Church and its Culture in the Societal Context: Issues and Prospects.