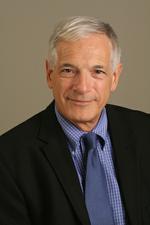 Robert L Gallucci began as Dean of Georgetown University's Edmund A Walsh School of Foreign Service on May 1, 1996. Bob had just completed twenty-one years of government service, serving since August 1994 with the Department of State as Ambassador at Large. In March 1998, the Department of State announced his appointment as Special Envoy to deal with the threat posed by the proliferation of ballistic missiles and weapons of mass destruction. He held this position, concurrent with his appointment as Dean, until January 2001.

Dr Gallucci began his foreign affairs career at the Arms Control and Disarmament Agency in 1974. In 1978, Bob became a division chief in the Department of State's Bureau of Intelligence and Research. From 1979 to 1981, he was a member of the Secretary's Policy Planning Staff. Bob then served as an office director in both the Bureau of Near Eastern and South Asian Affairs (1982-83) and in the Bureau of Political-Military Affairs (1983-84). In 1984, he left Washington to serve as the Deputy Director General of the Multinational Force and Observers, the Sinai peacekeeping force headquartered in Rome, Italy. Returning in 1988, Bob joined the faculty of the National War College where he taught until 1991. In April of that year he moved to United Nations Headquarters in New York to take up an appointment as the Deputy Executive Chairman of the UN Special Commission (UNSCOM) overseeing the disarmament of Iraq. Bob returned to Washington in February 1992 to be the Senior Coordinator responsible for nonproliferation and nuclear safety initiatives in the former Soviet Union in the Office of the Deputy Secretary. In July 1992, he was confirmed as the Assistant Secretary of State for Political-Military Affairs.

Dean Gallucci was born in Brooklyn on February 11, 1946. He earned a bachelor's degree from the State University of New York at Stony Brook, followed by a master's and doctorate in Politics from Brandeis University. Before joining the State Department, Bob taught at Swarthmore College, Johns Hopkins School for Advanced International Studies and Georgetown University. He has received fellowships from the Council on Foreign Relations, the International Institute for Strategic Studies, Harvard University, and the Brookings Institution.

Bob has authored a number of publications on political-military issues, including Neither Peace Nor Honor: The Politics of American Military Policy in Vietnam (Johns Hopkins University Press 1975), and Going Critical: The First North Korean Nuclear Crisis with Joel S. Wit and Daniel Poneman (Brookings Press, April 2004). For Going Critical, he is the recipient of the 2005 Douglas Dillon Award given by the American Academy of Diplomacy for a book of distinction in the practice of diplomacy. Bob received the Department of the Army's Outstanding Civilian Service Award in 1991, the Pi Sigma Alpha Award from the National Capital Area Political Science Association in 2000, and the Doctor of Humane Letters (honorary) from the State University of New York at Stony Brook in May 2002.

Bob is married to Jennifer Sims; they have a daughter and a son.