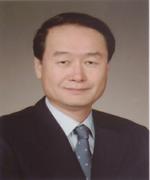 Myeng Keun Ha is the commissioner of the Busan-Jinhae Free Economic Zone (BJFEZ) Authority, and he was appointed as the 3rd commissioner of the BJFEZA in 2010. Commissioner Ha has extensive administrative and business experiences, beginning his career after passing the higher civil service examination in 1973. Myeng Keun served in the embassy of the Republic of Korea in Canada as a commercial attache from 1988 till 1993.

Before he went to Canada in 1988, Myeng Keun promoted to the director general in the Ministry of Commerce, Industry and Energy, and he retired as a standing member in 2003. Prior to his service on the BJFEZ Authority, Myeng Keun worked for Seoul Chamber of Commerce and Industry as the executive vice chairman for 2 years, and Korea Fedration of Textile Industries as the executive vice chairman for 5 years.

He graduated from Busan High School and majored in Business Administration at Seoul National University.

Myeng Keun got MBA from Northwestern University in Evanston, Illinois in 1981. And he was a visiting scholar in Graduate School of International Relations in University of California, San Diego, USA from 1996 to 1997.

A successful businessman and the father of two children, Myeng Keun has dedicated his life to his family, his work and service to the country.