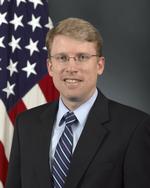 From August 1998 to October 2004, David was assigned to the Defense Intelligence Agency (DIA) as a China military-political Affairs analyst in the China Strategic Issues Division, Office of China and East Asia. From June 2003 to October 2004,he served as DIA's Senior Intelligence Analyst for China military-political affairs. While assigned to DIA, David performed tours in OSD/ISA and the Joint Staff J2 (Intelligence).

From September 1996 to August 1998, David was employed as a Policy Analyst with ANSER, Inc's Congressional Analysis Team. His duties included research and analytic support to the Office of the Assistant Secretary of the Air Force (Acquisition) Power Projection Division. From February 1998 to August 1998,he was assigned to the Assistant Secretary of Air Force (Acquisition) Staff Group.