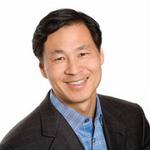 
Jeong H. Kim, ICAS Fellow and Liberty Award Recipient, emigrated from Korea in 1975 at the age of 14. To earn money for college, he worked full-time at a 7-Eleven while in high school, manning the store at night and attending classes during the day. Despite this schedule and his lack of proficiency in English, he graduated near the top of his class and was admitted to Johns Hopkins University, where he went on to earn BES degrees in Electrical Engineering and Computer Science and a masters degree in Technical Management. After serving six years in as a Naval Officer, Dr. Kim completed his Ph.D. in Reliability Engineering at the University of Maryland.

Dr. Kim founded Yurie Systems, Inc., a manufacturer of asynchronous transfer mode (ATM) wide area networking equipment, while working as a senior project engineer at AlliedSignal. He funded much of the Company's product development effort through establishing creative and profitable strategic relationships, including an early reselling alliance with AT&T. As a result of his focus on cash flow and his ability to find creative ways to fund the Company's rapid growth, Yurie Systems reached its Initial Public Offering in 1997--only five years after its founding--with no debt and no venture capital backing. Three months later, Business Week named Yurie America's #1 Hot Growth Company, a ranking the magazine based on 3-year performance in sales growth, profit growth, and return on invested capital. The company was also identified by industry analysts Dataquest and the Vertical Systems Group as the market share leader in ATM WAN access equipment for 1996 and 1997, respectively.

Dr. Kim sits on the Board of Visitors at the University of Maryland and is actively involved in program development for the School of Engineering. He is the recipient of numerous awards, including the Maryland High Tech Council Entrepreneur of the Year Award, the University of Maryland Distinguished Engineering Alumnus Award, the KPMG Piedmark High Tech Entrepreneur Award, the Ernst & Young Entrepreneur of the Year Award, and the American Academy of Achievement Golden Plate Award. Dr. Kim speaks frequently at colleges and universities on the subject of technology entrepreneurship.

Dr. Kim is married and has 2 daughters.