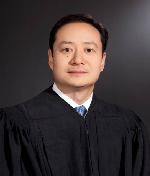 Prior to joining the federal bench, John was a partner at the Chicago law firm of Freeborn & Peters LLP, where his areas of focus included: antitrust and trade regulation; intellectual property litigation; and complex dispute litigation. Before joining Freeborn & Peters LLP, he also practiced at the law firms of Mayer Brown and Grippo & Elden LLP and served as a Trial Attorney in the United States Department of Justice in the Environmental & Natural Resources Division in Washington, D.C.

Over the years, John has also dedicated his time to a variety of civic and public interest organizations. He has previously served as the President of the Board of Directors of CARPLS (Coordinated Advice and Referral Program for Legal Services), a legal services organization based in Cook County, Illinois, which provides advice to low-income individuals. John also served as the President of Asian Human Services of Chicago, the Midwest’s largest social services organization serving immigrant communities in Chicago. He was also on the Board of Directors for the Asian American Bar Association of the Greater Chicago Area ("AABA") and is an active member of AABA and the National Asian Pacific American Bar Association.

John was born in Aachen, Germany, and spent his early childhood in South Korea. He immigrated to the United States when he was four years old. John attended Harvard University, where he earned a Bachelor of Arts degree in Classics, and received his Juris Doctor degree from Harvard Law School.