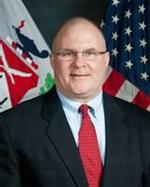 David Maxwell is a senior fellow at Foundation for Defense of Democracies (FDD). David is a 30-year veteran of the United States Army, retiring in 2011 as a Special Forces Colonel with his final assignment serving on the military faculty teaching national security strategy at the National War College.

He has served in various command and staff assignments in the Infantry in Germany and Korea as well as in Special Forces at Ft. Lewis, Washington; Seoul, Korea; Okinawa, Japan; and the Philippines, with total service in Asia of more than 20 years. David served on the United Nations Command / Combined Forces Command / United States Forces Korea CJ3 staff where he was a planner for UNC/CFC OPLAN 5027-98 and co-author of the original ROK JCS – UNC/CFC CONPLAN 5029-99 (North Korean Instability and Collapse) and later served as the Director of Plans, Policy, and Strategy (J5) and the Chief of Staff for Special Operations Command Korea (SOCKOR). From 2000 to 2002 he commanded 1st Battalion, 1st Special Forces Group (Airborne) in Okinawa, Japan. He has been the G3 and Chief of Staff of the US Army Special Operations Command. David commanded the Joint Special Operations Task Force-Philippines in 2006-2007.

He is a fellow at the Institute of Corean-American Studies (ICAS) and on the Board of Advisors for Spirit of America. David is a member of the Board of Directors of the Committee for Human Rights in North Korea (HRNK), the International Council of Korean Studies (ICKS), the Council of US Korean Security Studies (CUSKOSS), the Special Operations Research Association, the Small Wars Journal, and the OSS Society. For the past five years he taught a graduate course in Unconventional Warfare and Special Operations for Policy Makers and Strategists. David previously served as Associate Director of the Security Studies Program at Georgetown University.

He is a graduate of Miami University in Oxford, Ohio and holds MMAS degrees from the US Army Command and General Staff College and the School of Advanced Military Studies and an MS degree in National Security Studies from the National War College of the National Defense University. David is currently pursuing his Doctorate of Liberal Studies (ABD) at Georgetown, writing a dissertation titled “The Statesman, the Strategist, and the Special Forces Soldier: A Philosophy of Unconventional and Political Warfare.”

Special Forces Missions: A Return to the Roots for a Vision of the Future US Army Command and General Staff College (1995)

"Support to United Nations Operations: Is There a Role for US Special Operations Forces", School of Advanced Military Studies (1995)

"Catastrophic Collapse of North Korea: Implications for the US Military", School of Advanced Military Studies (1996)

"Is the Axis of Evil Synchronizing its Asymmetric Offensive?" PFO #02-25A, The Nautilus Institute Policy Form Online, December 20, 2002

"A Strategy for the Korean Peninsula: Beyond the Nuclear Crisis" September/October 2004 edition of Military Review

"To Whom Should our Generals Listen: Or who should control the debate on the nature of future conflicts?" Small Wars Journal, March 2009.

"Thoughts on Irregular Threats from north Korea - Post-Conflict and Post-Collapse: Understanding Them to Counter Them," December 2010, Small Wars Journal

"Why North Korea will continue to "Muddle Through" - Regime Survival on the Backs of its People and in the Hands of its Military," unpublished paper presented at the Brookings Institution on September 7, 2011.

"Foreign Internal Defense: An Indirect Approach to Counter-Insurgency/Counter Terrorism: Lessons from Operation Enduring Freedom Philippines for dealing with Non-Existential Threats to the US," Presented at the Foreign Policy Research Institute, December 6, 2011.

The Elephant in the Room? North Korea and the Myth of ROK/U.S. "OPCON Transfer," The Global Security Studies Review, May 7, 2013.

"Is the War on Terrorism Over? Long Live Unconventional Warfare," Small Wars Journal, May 21, 2013.

"Unconventional Warfare Does Not Belong to Special Forces," War on the Rocks, August 12, 2013.

"The ROK-U.S. Mutual Defense Treaty at 60 Years: Relevant Now and in the Future" The Peninsula, (Korea Economic Institute), October 1, 2013.

Chapter 9: "Psychological Operations in the Korean War: Anecdotes from the Past, Lessons for the Future", The Quest for a Unified Korea: Strategies for the Cultural and Interagency Process. Bruce Bechtol, Editor, Marine Corps University Foundation, 2007.