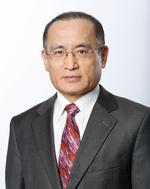 Ambassador Sung Lac Wi, ICAS Fellow, is a visiting scholar in the Asia Center of the Seoul National University. As a retired career diplomat with over 35 years in the Foreign Service of the Republic of Korea, Sung Lac had assumed posts that directly related to the North American Affairs and the North Korean nuclear issues. His assignments included positing as the Director-General for the North American Affairs Bureau, Deputy Chief of Mission at the Embassy of Korea in the USA, the Chief negotiator in the Six-Party Talks and the Special Representative for the Korean Peninsula Peace and Security Affairs. Most recently, he was the Korean Ambassador to Russia. Sung Lac taught international relations at the faculty of political science and international relations of the Seoul National University as a visiting professor.

He delivered a featured speech entitled "The Future of North East Asia and the Role of the United States" at the 2005 ICAS Fall Symposium held at the US Senate Kennedy Caucus Room.