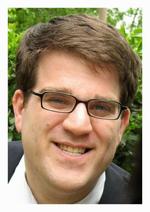 David Adesnik is the Policy Director at the Foreign Policy Initiative, where he focuses on defense and strategy issues. Previously, David was a visiting fellow at the Marilyn Ware Center for Security Studies at the American Enterprise Institute. For two years, he served as deputy director for Joint Data Support at the U.S. Department of Defense, where David focused on the modeling and simulation of irregular warfare and counterinsurgency. David also spent several years as research staff member at the Institute for Defense Analyses. In that capacity, he spent several months in Baghdad as an operations research and systems analyst for Multinational Corps – Iraq during Operation Iraqi Freedom. In 2008, David was part of the foreign policy and national security staff for John McCain’s presidential campaign.

David holds a doctorate and master’s degree in international relations from Oxford University, where he studied as a Rhodes Scholar. His dissertation focused on the Reagan administration’s approach to democracy promotion. David received a bachelor’s degree in history from Yale University. He has been the recipient of fellowships from the Council on Foreign Relations, the Carnegie Endowment for International Peace, Harvard University, and the University of Virginia. His work has been published in Foreign Policy, The Weekly Standard, The National Review, The Washington Free Beacon, The Washington Quarterly, Forbes.com, FoxNews.com and The Daily Caller. David has served as a commentator on several cable television networks and radio programs.