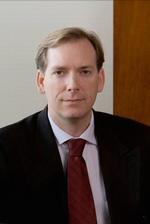 Rodger writes and oversees the production of special reports for clients around the world, keeping them apprised of events of vital interest to their businesses and organizations. He was one of the first to voice concerns about the gathering difficulties for the Chinese economy and continues to monitor breaking intelligence out of the region. Rodger analyzed the security and counter-terrorism issues in the run up to the Beijing Olympics, as well as threats of Islamist militancy in China. Recently, he has focused on the challenges facing the new Japanese government and the risks and implications of North Korea’s nuclear program.

He has been featured or cited in numerous journals, newspapers, television, national and international radio programs, including Reuters, The Associated Press, The Economist, The Washington Times, The National Journal, Investor’s Business Daily, Stars & Stripes and Globe and Mail.

Before joining STRATFOR, Rodger studied and worked in Korea and the Caribbean and graduated with honors from Southampton College, Long Island University.