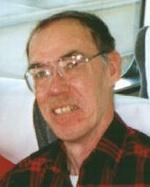 Jerry D. Boucher, ICAS Fellow and Director for Systems Management, is a cross-cultural social psychologist concerned with the cultural and biological substrates to human emotion, and with ethnic and cultural conflict in the international arena. He has lectured and performed research in many different countries of Asia, Europe, the Pacific, and the United States. He has published in the areas of emotion theory, nonverbal communication, ethnic conflict and cultural relations, including Ethnic Conflict: International Perspectives (With Dan Landis and Karen Clark) published by Sage in 1987.