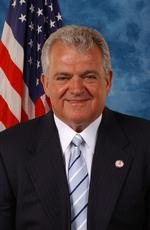 Born and raised in Philadelphia, Bob graduated from St. Thomas More High School, found employment as a carpenter and was soon part of the leadership of the Carpenters’ union. He continues to be a member of both the Carpenters’ and the Teachers’ unions.

Bob was elected Chairman of the Committee on House Administration in May of 2007 and served until the end of the 111th Congress in December 2010. In announcing his election, Speaker of the House Nancy Pelosi highlighted Bob’s “...experience as a leading member of the House Administration Committee for four years and his in-depth knowledge of the internal functions of the House.” She also highlighted his ability “to promote equality and diversity on Capitol Hill.” Bob currently serves as the Ranking Member on the Committee.

Additionally, the House Administration Committee oversees security on the House side of the Capitol Complex and works closely with the Capitol Police to ensure that every effort is made to keep the Capitol Complex secure while maintaining accessibility for the millions of constituents who visit every year. The Committee also oversees the management of the Library of Congress and the Smithsonian Institution including the National Zoo.

Bob held various leadership positions prior to becoming a member of the U.S. House of Representatives. His accomplishments include, but are not limited to serving as Deputy Mayor for Labor in the administration of Philadelphia Mayor W. Wilson Goode, serving as a consultant to the Pennsylvania State Senate, serving as a Pennsylvania Turnpike Commissioner and his role as a member of the Board of Directors of the Philadelphia Redevelopment Authority.

Throughout his legislative career, Bob has consistently earned an “A” or 100 percent rating from the AFL-CIO, NAACP, The Leadership Conference on Civil Rights, the National Hispanic Leadership Agenda, the Human Rights Campaign and every other national human rights organization that scores Congress. In addition, he has twice been honored as a “Friend of the National Parks” by the National Parks Conservation Association for his contribution to protecting and enhancing the environment in America's national parks. Bob is the first Philadelphian to chair either a full or subcommittee since former Congressman Bill Gray was Chairman of the Budget Committee in the 99th and 100th Congresses.

Bob has been an unwavering advocate for legislation that supports the well-being of financially disadvantaged communities. He has sponsored or co-sponsored legislation that promotes affordable housing, as well as strategies to ensure that all Americans have access to quality healthcare and life-saving prescription drugs. As a member of the Armed Services Committee, Bob has called for programs to support veterans as well as current members of our Armed Forces. While he has been one of the strongest supporters of our men and women serving in uniform, Bob has also been an outspoken opponent of the escalation of the Iraq War and has supported imposing a timeline for safe and orderly withdrawal from Iraq. In his role on the Committee on House Administration, he has been a leading advocate for election reform.