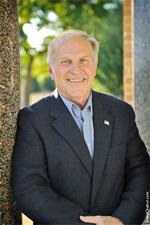 
Steve Chabot has served as Congressman in Ohio's First Congressional District for fifteen years. Prior to his election to Congress in 1994, he served on Cincinnati City Council and the Hamilton County Commission for four years on each body. Steve serves on the Committee on the Judiciary, the Committee on Foreign Affairs, and the Committee on Small Business. In January 2013, Steve became Chairman of the Foreign Affairs Subcommittee on Asia and the Pacific. In 2011, he was Chairman of the Foreign Affairs Subcommittee on the Middle East and South Asia. Steve is of Congress's leading advocates for fiscal responsibility - voting consistently to eliminate wasteful spending and reduce the excessive tax burden on hard-working Americans. Nonpartisan taxpayer advocacy groups such as Citizens Against Government Waste, the Concord Coalition, and the National Taxpayers Union consistently rated him as one of the most pro-taxpayer members of Congress. Congressman Chabot, also served as a House Manager during the Senate impeachment trial of President Clinton. Steve received praise for his even-handed and thoughtful approach to the trial. He helped lead efforts to block taxation of the Internet, pass product liability reform measures, and toughen anti-drug laws. Steve is an outspoken defender of individual privacy rights.

Steve is a graduate of LaSalle High School. He earned his degree from the College of William and Mary, and then returned to Cincinnati to teach at St. Joseph's School in the West End while he studied at the Salmon P. Chase College of Law in the evening. Steve and his wife Donna live in the Cincinnati neighborhood of Westwood. They have two children: Erica and Randy. He stays active in the community, teaching a Political Science class at the University of Cincinnati and chairing the Boy Scouts of Cincinnati.