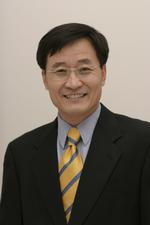 Su Chan Chae, ICAS Fellow, Professor and Dean of the Graduate School of Innovation and Technology Management at the Korea Advanced Institute of Science and Technology, is a former National Assemblyman of Korea. Su Chan also serves as the chairman of the board of the Han River Society. His current scholarly interest is to investigate the structural causes of global financial crises. While in the National Assembly, Su Chan was a member of the National Policy Committee, which had oversight over the Financial Supervisory Committee and the Fair Trade Commission, and also a member of the Finance and Economy Committee, which had oversight over the Ministry of Finance and Economy and the Bank of Korea. He also served as the Special Envoy of President Roh Mu-hyun to the 2005 World Economic Forum at Davos. During the Asian economic crisis, Su Chan advised Korean policy makers including President Kim Dae-jung, and wrote many columns both in Korean and worldwide newspapers regarding the solutions to the crisis.

Before Su Chan was elected to the Korean National Assembly, he had been an economics professor at Rice University for almost 20 years. Su Chan also had an offer of a C4 professorship (the highest German academic rank) from the Free University of Berlin. He earned a B.S. and M.S. in mathematics in his native South Korea before coming to the University of Pennsylvania, where he earned his Ph.D. in economics in 1985.

Dr Chae's professional publications have mostly been in the areas of bargaining theory, industrial organization, and general economic theory. Su Chan has held visiting positions in universities and research institutes in several countries including Cornell University, University of British Columbia, Brookings Institution, and IAE in Barcelona, and he has been a visitor at CEPREMAP in Paris, C.O.R.E. in Louvain-La-Neuve, and University of Mannheim. In South Korea, Su Chan has been a visiting professor at Seoul National University and a visitor at the Korea Development Institute, Korea Information Society Development Institute, Korea Institute for International Economic Policy, Samsung Economic Research Institute, and Korea Energy Economics Institute.