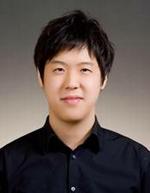 Henry S. Choi, ICAS Intern, was born in the States but grew up in Korea for 18 years. He transferred to an American high school during his sophomore year. Despite barely knowing the English language when he first arrived, Henry graduated as the class valedictorian with the most number of honors.

Henry is a member of Psi Upsilon fraternity where he is the first Korean-American brother since the fraternity was established in 1891. He also serves several leadership positions including Chair of the Wharton Leadership Lectures Committee. Henry has completed internships in the Investment Advisory Division at KPMG, the Financial Strategy Division at AstraZeneca Pharmaceuticals, and the Finance Division at Google, Inc.