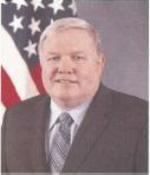 
Prior to joining Director of National Intelligence Ray was Senior Defense Intelligence Analyst for Northeast Asia (SDIA) in the Office for Asia Pacific Analysis at Defense Intelligence Agency (DIA) since February 2011. Initially assigned as the SDIA for North Korea from 2004 to 2008, he was responsible for DIA's analytic efforts for the region and represented the agency to seior US officials, foreign partners, the Intelligence Community, and the Combatant Commands. In 2008 Ray deployed to Baghdad as the Chief, Defense Forward Element- Iraq and senior DIA representative to Multi-National Forces - Iraq (MNF-I) where he was responsible for the integration and efforts of more than three hundred DIA service members, civilians, and contractors operating in Iraq. Following his return Ray was the SDIA for Executive Production and Senior Reviewer for the Defense Intelligence Digest, and DIA's contributions to the Presidential Daily Brief.

Ray began his professional career as an Armor Officer at Ft Hood, Texas, where he was a tank Platoon Leader, Company Executive Officer, and Battalion S-1. Following attendance at the Infantry Officer Advanced Course and Ranger School at Ft Benning, Georgia, Ray served for three years in Schweinfurt, Germany, in the 2nd Battalion 64th Armor, 3rd Infantry Division as an S-4 responsible for logistics and then as the commander of a tank company. The remainder of Ray's Army career was spent in the intelligence community as a Northeast Asian Foreign Area Officer with assignments in Korea, as the senior Korean analyst for US Pacific Command's Joint Intelligence Center Pacific, and as a Deputy Defense Intelligence Officer for Northeast Asia at DIA.

Ray has BA and MA degrees in ASian Studies from Brigham Young University and University of Hawaii. He and his wife, Stephanie, live in Woodbridge, Virginia.