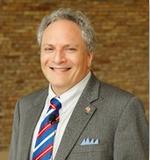 Dr. Lamont Colucci, ICAS Fellow, has experience as a diplomat with the US Department of State and is today an Associate Professor of Politics and Government at Ripon College. Lamont's primary area of expertise is United States national security and United States foreign policy. At Ripon, he is the coordinator of the National Security Studies program and teaches courses on national security, foreign policy, intelligence, terrorism, and international relations. Lamont has published two books as the sole author entitled Crusading Realism: The Bush Doctrine and American Core Values After 9/11, and a two-volume series entitled - The National Security Doctrines of the American Presidency: How they Shape our Present and Future. He was contributing author of two books entitled The Day That Changed Everything: Looking at the Impact of 9/11 at the End of the Decade and Homeland Security and Intelligence. In 2012, Lamont became the Fulbright Scholar in Residence at the Diplomatic Academy in Vienna, Austria. He has undergraduate and graduate degrees from the University of Wisconsin-Madison and a doctorate in politics from the University of London, England. In 2007 Lamont was the recipient of Ripon's Severy Excellence in Teaching Award and in 2010 the Underkofler Outstanding Teaching Award. In 2015 he received the National Significant Sig award of the Sigma Chi Fraternity. He is also an occasional columnist for the Washington Times, National Review, Weekly Standard, The Hill, U.S. News and World Report, and Defense News. Lamont is a bi-monthly columnist for Newsmax. He is also Senior Fellow in National Security Affairs at the American Foreign Policy Council, Senior Advisor in National Security for Contingent Security, and is Advisor on National Security and Foreign Affairs, to the NATO-oriented Conference of Defence Associations Institute. Dr. Colucci also teaches in the graduate program in intelligence and security at American Military University. He served as founding interim Director of the Center for Politics at Ripon College. In 2018 Lamont was appointed to the National Task Force on National and Homeland Security. Thank you.