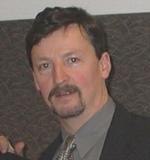 Stephen Costello is President of ProGlobal Consulting. He is a policy analyst, businessman and political consultant who has worked on Korean Peninsular and Northeast Asian issues for over 18 years in Washington DC. Stephen was Director of the Program on Korea at the Atlantic Council of the United States from 1999 to 2003. From 1994 to 1998 he was Director of the Kim Dae Jung Peace Foundation USA. From 1992 to 1993 Stephen was Vice President of Gowran International, a consultancy representing overseas foundations and political parties.

Stephen holds a bachelor degree in public policy analysis from Syracuse University. He travels to Korea regularly and consults with a wide range of leaders in the political, academic, institutional, business and journalism fields. Stephen has spoken on North Korean policy and US-Korea relations at many premier conferences in Seoul, Shanghai and Washington DC. In 2008 Stephen made presentations at the Korea Economic Institute, Syracuse University’s Moynihan Institute, and the Heritage Foundation, among other institutes. In September 2006 he toured the Gaesong Industrial Complex in North Korea, meeting with project coordinators and North Korean representatives. In December 2000 Stephen was a featured guest at the Peace Research Institute, Oslo (PRIO) taking stock of Kim Dae Jung's North Korea policy as Kim was awarded the Nobel Peace Prize. In October 2001 he was guest speaker at the U.S. National War College to a class on U.S. policy in East Asia.