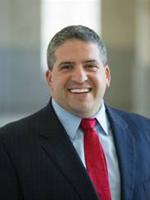 Abraham M. Denmark is Director of the Asia Program at the Woodrow Wilson International Center for Scholars, which conducts independent research and hosts frank dialogues to develop actionable ideas for Congress, the Administration, and the broader policy community on issues related to the Asia-Pacific. He also holds a joint appointment as a Senior Fellow at the Wilson Center Kissinger Institute on China and the United States, and is a Senior Advisor to the CNA Corporation.

Prior to joining the Wilson Center, Abe served as Deputy Assistant Secretary of Defense for East Asia, where he supported the Secretary of Defense and other senior U.S. government leaders in the formulation and implementation of national security strategies and defense policies toward the region. He previously worked as Senior Vice President for Political and Security Affairs at The National Bureau of Asian Research, a Fellow at the Center for a New American Security, and held several positions in the U.S. Intelligence Community.

Abe has authored dozens of articles and edited several books on the Asia-Pacific and U.S. national security, including several editions of the Strategic Asia book series. He has testified multiple times before the U.S. Senate and House of Representatives, as well as the U.S.-China Economic and Security Review Commission. Abe's commentary has been featured in several major media outlets, including Foreign Affairs, CNN, National Public Radio, the Economist, the Financial Times, the National Interest, Foreign Policy, and the Atlantic.

In January 2017, Abe received the Secretary of Defense Medal for Outstanding Public Service. He also received the Order of the Resplendent Banner from the Republic of China (Taiwan), was made an Honorary Admiral in the Navy of the Republic of Korea, and was named a 21st Century Leader by the National Committee on American Foreign Policy.