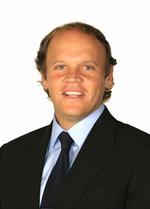 Mark D. Ein, ICAS Advisor to the ICAS Liberty Tennis Board, is an investor, entrepreneur and philanthropist, who has created, acquired, invested in and built a series of growth companies across a diverse set of industries over the course of his 20 year career. During this time, Mark has led $650 million of private equity, venture capital and public company investments generating an internal rate of return of over 40%.

Currently, Mark is the Co-Chairman and Principal Shareholder of Kastle Systems, LLC, the country’s leading provider of commercial office building managed security systems. In addition, he is the Vice-Chairman of Two Harbors Investment Corporation, a NYSE-listed (TWO) residential mortgage REIT. Two Harbors was formed through a merger with Capitol Acquisition Corporation, a company that Mark founded with a $265 million initial public offering in November 2007 and served as its Chairman and CEO until the merger in November 2009. As of September 30, 2011, Two Harbors had a book value of $1.3 billion and total assets of $6.6 billion. Mark also currently serves on the board of MACH S.a.r.L, the world’s leading financial clearinghouse for the mobile telecom industry, and is Chairman of the Board of VSGi, a provider of videoconferencing solutions. Throughout his career, he has invested in a wide range of other successful growth companies that have gone public or merged into larger companies including XM Satellite Radio, Nextel, American Tower, Cibernet and Matrics. Earlier in his career, Mark worked for The Carlyle Group, Brentwood Associates and Goldman Sachs.

Mark is also the Founder and Owner of the Washington Kastles, his hometown’s World TeamTennis (WTT) franchise. After just four years in the league, the Kastles has already twice captured the coveted King Trophy by winning the WTT Championship in 2011 and 2009, respectively. The 2011 team made history by becoming the first team in the 36 year history of the league to complete a perfect undefeated season with its 16-0 record. The team has been often honored for its contributions on and off the court including being named the USTA Mid-Atlantic Section’s 2011 Organization of the Year. In recognition of the 2009 Championship, D.C. Mayor Adrian Fenty presented Mark and the Kastles with the Key to the City, highlighting not only their success on the court, “but for their commitment to the District’s communities and our youth.”

In October 2009, Mark made his professional tennis debut at the ATP Calabasas Open where he and Kevin Kim won a match and advanced to the quarterfinals earning him the distinction of being the oldest ranked player on the ATP tour (#1157 in Doubles as of November 2011). Mark played in two professional tournaments with Kevin Kim again in 2010 winning a match at the ATP Cancun Challenger. He is also an Executive Producer of “Kicking It”, a documentary film about the Homeless World Cup of soccer that was shown at the 2008 Sundance Film Festival and on ESPN.

A native of the Washington area, Mark actively supports many community, charitable and cultural organizations. Through both his professional and philanthropic activities, he is committed to bringing his community together as well as helping those in need with a particular focus on the youth of the city. Mark has been frequently recognized and honored for his contributions to his community including being named Business Leader of the Year by the Washington DC Chamber of Commerce in October, 2011 and the region’s Entrepreneur of the Year by the National Foundation for Teaching Entrepreneurship (NFTE) in 2009.

Mark is currently the Chairman of The District of Columbia Public Schools Education Fund (DCPEF) which serves to catalyze private sector support for the DC Public School System and that has raised over $80 million of private philanthropic support in just four years. He is on the Board of Directors of The District of Columbia College Access Program (DC-CAP), The Federal City Council, and The International Tennis Hall of Fame. Mark also serves on the Advisory Board of The Tennis Center at College Park (TCCP) as well as the Steering Committee for the Business Executives for National Security (BENS) DC. He previously served on the Boards of Directors of The Foundation for the National Institutes of Health (NIH), the SEED Foundation, The Economic Club of Washington, D.C., The Washington Tennis & Education Foundation and The Wolf Trap Center for the Performing Art as well as the Selection Committee for the George J. Mitchell Scholarship program, the Trustees Council of The National Gallery of Art, the Executive Committee of the Federal City Council, the Advisory Board of the Hoop Dreams Scholarship Fund, and the Donor Advisory Group for the FasterCures Philanthropy Advisory Service.

Mark received his BS in Economics with a concentration in finance from The Wharton School of the University of Pennsylvania and his MBA from The Harvard Business School.