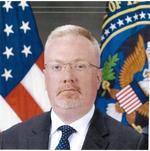 
Markus has been the National Intelligence Officer for North Korea on the National Intelligence Council at the Office of the Director of National Intelligence (DNI) since July 2014. He oversees the production of coordinated intelligence community strategic analysis on North Korea, while serving as the DNI’s senior subject matter expert and analytic advisor on North Korea issues in support of the DNI's role as the principal intelligence adviser to the President. Markus also leads analytic outreach efforts to leverage expertise and capabilities from outside the US intelligence community to enhance the community's analysis on North Korea issues. From 2002 to 2014, he served on the staff of United Nations Command, Combined Forces Command and U.S. Forces Korea in Seoul, including as Chief of Intelligence Estimates and Chief of the Strategy Division. In the latter capacity, Markus served as the principal civilian advisor to three successive commanders on strategic political-military issues, and worked closely with South Korean counterparts on strategies for countering North Korean missiles and WMD. For his work in Korea, Markus received the Joint Civilian Distinguished Service Award, the highest award for a civilian from the Chairman of the Joint Chiefs of Staff. He holds a Master of Arts in National Security Studies from Georgetown University.