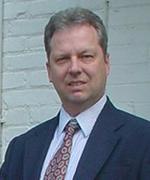 Ken Gause, ICAS Fellow, is the director of International Affairs Group, a part of the Strategic Studies division of the CNA Corporation in Alexandria, VA. He also oversees the Foreign Leadership Studies Program. Ken's work on foreign leaderships dates back to the early 1980s with his work on the Soviet Union. He has published numerous articles on the North Korean leadership for such publications as Korean Journal for Defense Analysis and Jane’s Intelligence Review, and is the author of a recently published book entitled North Korea Under Kim Chong-il: Policy, Politics, and Prospects for Change and Coercion, Control, Surveillance, and Punishment: An Examination of the North Korean Police State.

Selected Publications of Ken's work in the Open Source on North Korea include: