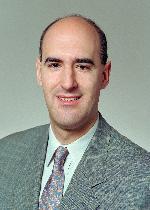 Mauro F. Guillén, ICAS Fellow, is the Director of the Joseph H. Lauder Institute at Penn, a research-and-teaching program on management and international relations. He holds the Dr. Felix Zandman Endowed Professorship in International Management at the Wharton School and a secondary appointment as Professor of Sociology in the Department of Sociology of the University of Pennsylvania. Mauro previously taught at the MIT Sloan School of Management. He received a PhD in sociology from Yale University and a Doctorate in political economy from the University of Oviedo in his native Spain.

Mauro is a trustee of the Madrid Institute for Advanced Study in the Social Sciences, and a member of the board of the Escuela de Finanzas Aplicadas (Grupo Analistas), the Research Department of La Caixa, Europe's largest savings bank, and Washington-based Concibank.

He has received a Wharton MBA Core Teaching Award, a Wharton Graduate Association Teaching Award, the Gulf Publishing Company Best Paper Award of the Academy of Management, the W. Richard Scott Best Paper Award of the American Sociological Association, the Gustavus Myers Center Award for Outstanding Book on Human Rights, and the President's Book Award of the Social Science History Association. Mauro is an Elected Fellow of the Macro Organizational Behavior Society, a former Guggenheim and Fulbright Fellow and a Member in the Institute for Advanced Study in Princeton. In 2005 he won the IV Fundación Banco Herrero Prize, awarded annually to the best Spanish social scientist under the age of 40.