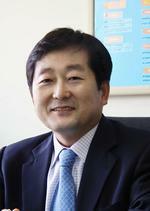 Jai received his BA with Honors in English at Kookmin University, Seoul, South Korea, and earned both an MA and PhD in Political Science at Temple University.