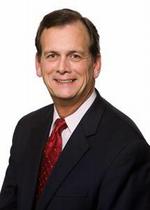 
John Edward Hilboldt is Director of Lectures and Seminars for The Heritage’s Foundation. Prior to assuming his current position, John served as Deputy Director of Heritage’s Coalition Relations Department, where he edited two issues of the Policy Experts guide and its accompanying policyexperts.org Web directory as well as coordinating other outreach endeavors.

Before coming to the Washington, John served as Director of Belle Meade Mansion, a historic, antebellum house museum in Nashville, Tenn. He was also a charter founder and officer of the Tennessee Conservative Union.