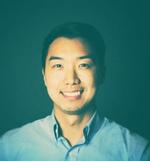 Cellist Alexander Kang regularly performs with the Northeastern Pennsylvania Philharmonic and the Fairfax Symphony Orchestra. By day, he works as a Cyber Security Analyst for the National Institutes of Health.

Born and raised in Los Angeles, Mr. Kang has performed with numerous leading institutions around the country, including the Pacific Symphony, Harrisburg Symphony, Redlands Symphony, New England Conservatory Symphony and the National Orchestra Institute where he served as a principal cellist under the direction of Matthias Pintscher.

Throughout his musical career, Mr. Kang has performed and toured in several countries in Asia, North and Central America, and Europe. He also toured the United States with Zade Dirani, performing pieces from his project album, “Roads to You.”

Mr. Kang earned a Bachelor of Music at the New England Conservatory and his Masters of Cello Performance at the University of Redlands.