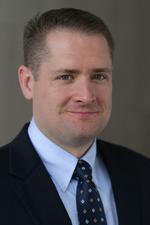 
Thomas Karako, ICAS Fellow, is a senior fellow with the International Security Program and the director of the Missile Defense Project at the Center for Strategic and International Studies (CSIS), where Tom arrived in 2014 as a fellow with the Project on Nuclear Issues. His research focuses on national security, U.S. nuclear forces, missile defense, and public law. Tom is also an assistant professor of political science and director of the Center for the Study of American Democracy at Kenyon College, where he arrived in 2009. For 2010–2011, Tom was selected to be an American Political Science Association Congressional Fellow, during which time he worked with the professional staff of the House Armed Services Committee on U.S. strategic forces policy, nonproliferation, and NATO.

Tom received his Ph.D. in politics and policy from Claremont Graduate University and his B.A. from the University of Dallas. He previously taught national security policy, American government, and constitutional law at Claremont McKenna College and California State University, San Bernardino. Tom has also written on executive-congressional relations, the thought of Niccolo Machiavelli, and international executive agreements.