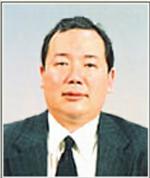 Dr. Byungki Kim, ICAS Fellow, Professor of Politics and International Relations, is Founder/Directing Head of International Security Policy Forum at The Graduate School of International Studies (GSIS), Senior Fellow of The Institute for Sustainable Development at Korea University, and Visiting Fellow at The Global Economic and Financial Research Institute in Seoul in whose capacity Byungki brings together makers of foreign policy, public opinion, national security, finance, trade, development and global governance policy at the highest level from around the globe, including the most gifted fellows from Korea and abroad as part of its global leader fellowship program and conducts advanced policy research, fora and training in the relevant field.

He has authored and co-authored over 60 articles, 2 monographs and 1 edited volume in the field of international security, lectured extensively in Europe, Asia, Americas, Oceania, the Middle East, Africa and the states of the former Soviet Union.

Byungki has held visiting (and senior) fellowships, memberships, appointments (including as well in external capacity) and major research grants from numerous public policy institutions, universities and corporations around the world.

In his continuing role as a major force behind the Korean government and its partners around the globe, Byungki is serving as a Honorary Member of the Senior Advisory Council to The Commander of the U.S. Forces in Korea (U.S.F.K.)/Korea-U.S. Combined Forces Command (CFC)/United Nations Command (UNC) in Korea, Board Member of Korea Network-Centric Warfare Forum, Board Member of Defense Modernization Study Group and Board Member of Korea National Defense and Security Forum, the premier NGO representing the most recognized defense, security, intelligence and foreign policy community in Korea.

Since the beginning of his academic career, he has been sought by chiefs of defense, security, foreign affairs and the related think-tank communities in, but not necessarily limited to, Seoul and Washington, including the respective committees in the National Assembly and Congress, whose service included drafting of a more intensified, centralized training program for The United States Forces in Korea (U.S.F.K.) as well as government reports on Northeast Asia multilateralism and ground-to-ground missile system, for, respectively, The Republic of Korea Ministry of National Defense (MND) and The Republic of Korea Air Force (ROKAF).

Prior to his current position, he served as Acting Dean, Vice Dean of The Graduate School of International Studies (GSIS)/Division of International Studies, Directing Head of The Korean Ministry of Foreign Affairs and Trade Korea International Cooperation Agency—Korea University GSIS Masters Program in International Development Studies, Directing Head of The Advanced Management Program (AMP) on Green Growth, Climate Change and Energy at The GSIS, Founder/Directing Head of AMP on Global Transparency at The GSIS, Executive Director of Global Leadership Development Center, Executive Director for Planning at The International Social Service Corps, Vice Director of The Institute for Sustainable Development, Member of University Committee for External Cooperation and Development and on Housing. During 1999-2002, Korea University restructured 300 members of the labor union and fund-raised 1.5 billion USD in enabling the University to enter in its centennial the ranks of world’s 150 most competitive universities (The Times of London, 2007), with an annualized budget of USD 1.5 billion.

He is also widely quoted by and writes for the major domestic and international wire services and news agencies.

A graduate of The Phillips Andover Academy and Lewis and Clark College of Portland, Oregon (B.A. in History and International Relations), Byungki received an A.M. in Russian, and East European Studies from Harvard, a M.A. in National Security Studies from Georgetown and a Ph.D. in Political Science from The Institute of USA and Canada Studies of The Russian Academy of Sciences in Moscow. Before joining the current position, he was reading for his second D.Phil. in International Relations at The University of Oxford.

Byungki’s hobbies are strolling, biking and movie-going. He is fluent in Korean, English, and Russian and enjoys visiting foreign countries. Byungki has also been the only Korean delegate to the Shangri- La Dialogue in Singapore for five consecutive years (2002-6), which brings together all defense ministers, CEOs of the defense-industrial complex and most recognized defense intellectuals from the European Union, Northeast Asia, Oceania and the Americas. He is also the Founding Chair of the ministerial-level First and Second High-Level Korea-Central America Strategic Dialogue as well as Member of International Board of Governors of the high-level Group of the Honorables for Atom for Peace and Sustainable Development (Seoul).