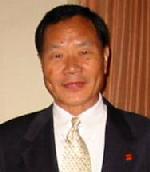 Tong Kim retired from the U.S. Department of State as the senior Korean language interpreter in June 2005 after 27 years of service, during which he interpreted for four American presidents ľ Reagan, Bush 41, Clinton, and W. Bush. He also interpreted for Secretary of State Albright's meeting with North Korean leader Kim Jong Il in 2000. Tong participated in almost all bilateral negotiations between Washington and Pyongyang until his retirement, after which he spent two years in Seoul doing research and writing.

Tong has written numerous pieces on the North Korean nuclear issue and U.S. diplomacy towards the two Koreas ľ including the September 25, 2005 essay "You Say Okjeryok, I Say Deterrent" published in the Washington Post, four lengthy articles in the Shindonga monthly magazine, and three in-depth articles in Yonhap's "Vantage Point." He has given over 45 press interviews for TV and radio programs, newspapers and news magazines, discussing the issues of the North Korean nuclear program and U.S.-Korea alliance. Tong also provided more than 40 special lectures and speeches to academic and research institutes on U.S.-North Korean relations.

During his stay in Seoul from September 05 to August 07, Tong taught three courses at Korea University ľ one graduate and two undergraduate. At the Graduate University of North Korean Studies and other institutes, he provided special lectures on U.S. policy toward the two Koreas.


Tong received a master's degree from SAIS in 1973. He is scheduled to teach a course on "U.S. diplomacy toward the two Koreas" at SAIS in the 2008 spring semester.