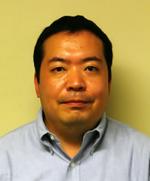 As a newspaper reporter, Yoshi spends much of his career as a foreign correspondent. Previously posted in New Delhi, India (1997~2000) and Jakarta, Indonesia (2002~2006) as Bureau chief of The Yomiuri Shimbun, he covered extensively on South Asia and South East Asia regional security issues in the field, including violent extremism in both regions.

As a student of American studies, Yoshi also had served as a DC correspondent for the Yomiuri from 2008 to 2012, before taking up present position in Sankei in 2017. A graduate of Keio Gijuku University in Japan, he holds bachelor’s degree in both political science and journalism.