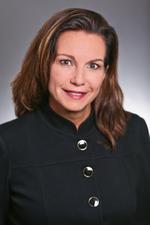 Mary Beth is co-Founder and principal of Global Alliance Advisors, LLC, an international consulting firm. She is also founder of M B Long & Associates, PLLC, an international legal and advisory firm. Mary Beth served as the first woman confirmed by the US Senate as Assistant Secretary of Defense for International Security Affairs in the Office of the Secretary of Defense, and as Chair of NATO's High Level Group (HLG), responsible for NATO's nuclear policy. In her defense department roles, Mary Beth also acted as Principal Deputy Secretary of Defense on the Middle East, Africa, the Western Hemisphere, Asia, and Southeast Asia; and was the Deputy Secretary of Defense for Counter Narcoterrorism with a budget of over $1 billion. To those credentials, she adds more than a decade of Central Intelligence Agency operational experience (1986-99) on terrorism and other security issues.

After leaving government, Mary Beth founded Metis Solutions LLC. Under her tenure as CEO, the company was recognised in Inc. Magazine's List of America's Fastest Growing Companies in 2014, 2015, and 2016 and was featured in Forbes magazine's Women Business Leaders. She advises several fortune 500 companies on international defense markets. From 2013-2016, Mary Beth served as a Senior Subject Matter Expert for the Supreme Allied Commander of NATO as well as a Senior International Advisor to the Minister of Defense of Colombia.

Mary Beth has advised several Presidential candidates and appears regularly on Fox News, BBC, CNN, Al Jazeera English and NPR on Middle East issues and the Intelligence Community. She is a licensed lawyer and, from 1999 until 2004, was an associate specialising in civil litigation matters at Williams & Connolly LLP. Mary Beth travels regularly to the Middle East, Europe, Latin America, and Afghanistan and has offices in Abu Dhabi and Kabul. She is an Honors Graduate of Pennsylvania State University, magna cum laude, and in 2016, Mary Beth received the Distinguished Alumni Award, the University's highest honor presented to its alumni. She received her JD from Washington and Lee University School of Law.