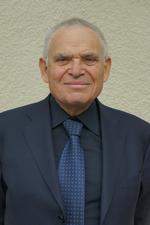 Ed served/serves as consultant to, or contractor for, the US Department of Defense (OSD, Office of Net Assessment) - currently active) for the Immediate Office of the Secretary, the Under-Secretary of Defense for Policy and the White House chief of staff (Howard Baker), as well as US Army TRADOC, US navy ARP, US Air Force Project Checkmate (letter of commendation by CoS) and CIA (Central America).

He has been an invited lecturer at the US Army War College, US Navy War College, US Air University, National War College, Industrial College of the Armed Forces, and at the General Officers' Joint Warfare Course as well as higher military schools in: Argentina, Belgium, Brazil, Canada, China (AMS), Estonia, France, India, Israel, Italy, Japan, Korea, Norway, Taiwan, and the UK.

Ed has served on US Presidential "Transition teams" [Office of the President-Elect], has been an expert witness for US Presidential Commissions, and has been called to testify by the Committees on Foreign Relations and Committees on the Armed Services of both the House of Representatives and Senate of the US Congress.

His books, including The Rise of China viz the Logic of Strategy and Strategy: the Logic of War and Peace (both Harvard University Press), have also been published in 22 foreign languages.