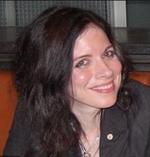 Hope Elizabeth May (Ph.D., J.D.), ICAS Fellow, is Professor of Philosophy at Central Michigan University where she also directs its Center for International Ethics. During 2017/2018 Hope was a Fulbright lecturer and an International Scholar at the Graduate Institute of Peace Studies (GIP), Kyung Hee University (South Korea) where she taught a class devoted to the March 1st Movement. Hope's work is interdisciplinary in nature. She has published in the areas of Ancient Greek Philosophy, International Criminal Law and Peace History. Hope has spoken at a number of international organizations including the Nobel Institute (Oslo, Norway), The Extraordinary Chambers in the Courts of Cambodia (Phnom Penh, Cambodia), The International Criminal Court (The Hague, The Netherlands), The Peace Palace (The Hague, The Netherlands) and in numerous venues in Korea. Dr. May (who is also an attorney) divides her time amongst Michigan, The Hague and Korea. It was learning about the 19th century Peace through Law movement in The Hague which piqued her interest in Korea. On March 1st, 2019 Hope was the only foreigner to have an "educational booth" at Seodaemun Prison as part of her March 1st centenary project called "Forward Into Memory". On that historic centenary day, she and her international team engaged with the public and shared untold stories of virtue connected to the March 1st Movement.