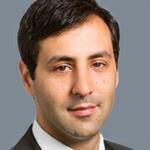 Assistant Director
B. Kenneth Simon Center for Principles and Politics
The Heritage Foundation


Arthur Y Milikh conducts research on America’s founding principles and grand strategy. As assistant director of The Heritage Foundation’s B. Kenneth Simon Center for Principles and Politics, he oversees the Center’s research portfolio, commissions essays and give talks on the tenets of the American political tradition to policymakers, political leaders and the public at large.

Before joining Heritage, Arthur worked at House Committee on Armed Services and at the Hudson Institute. He has published articles in World Affairs, and has participated in the Hertog Young Professionals Program and the Tikvah Fund Institutes.