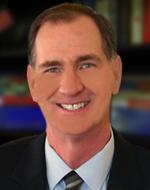 Dr James N. Miller is President of Adaptive Strategies, LLC, which provides consulting on strategy development and implementation, international engagement, and technology issues. Jim is a senior fellow at the Johns Hopkins Applied Physics Lab and at Harvard’s Belfer Center for Science & International Affairs. He serves on the Defense Science Board, the Board of Directors for the Atlantic Council, and the Board of Advisors for the Center for a New American Security. As Under Secretary of Defense for Policy from May 2012 to January 2014, he served as the principal civilian advisor to Secretaries Leon Panetta and Chuck Hagel on strategy, policy, and operations, and as DoD’s Deputy for National Security Council deliberations. Jim served as Principal Deputy Under Secretary of Defense for Policy from April 2009 to May 2012, and previously in numerous leadership positions in government, academia, non-profits, and the private sector over a thirty-year career in national security. He has received the Department of Defense’s highest civilian award, the Medal for Distinguished Public Service, four times. Jim received a B.A. degree in economics from Stanford University, and Master’s and Ph.D. degrees from Harvard’s John F. Kennedy School of Government. He is a member of the International Institute for Strategic Studies and the Council on Foreign Relations.