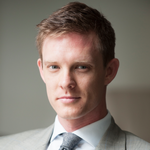 In 2015-16, Adam directed the CFR Independent Task Force on U.S. Policy Toward North Korea, a group of seventeen experts chaired by Adm. Mike Mullen and Sen. Sam Nunn. Their report, A Sharper Choice on North Korea: Engaging China for a Stable Northeast Asia issued ten findings and six recommendations for the next president’s policy toward the regime.

Adam's other writings have been published by Foreign Affairs, Survival, the Nonproliferation Review, Democracy, and other outlets, and he is a columnist at the Bulletin of the Atomic Scientists. Adam's analysis has been cited in The Washington Post, The Wall Street Journal, and Politico, and he has appeared on CNN, CBS, and CNBC networks. Adam has testified before the House Armed Services subcommittee on strategic forces.

He holds a Ph.D. and M.A. from the Department of Government at Georgetown University, and a B.A. from Reed College.