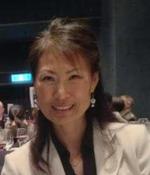 Dr. Tara O is a Fellow at the Institute for Corean-American Studies (ICAS). She is the author of The Collapse of North Korea: Challenges, Planning and Geopolitics of Unification. A retired U.S. Air Force officer, she worked on numerous assignments in Asia, Europe, and the U.S., including the Pentagon and U.S.-Republic of Korea Combined Forces Command. She also taught at the U.S. Air Force Academy. Her research areas include the Korean contingency and unification, U.S. alliance, human rights in North Korea, North Korean defectors, and South Korean politics. Prior to the military, she also worked in the public, private, and non-profit sectors, in Africa, Asia and the U.S. She holds degrees from the University of Texas-Austin (Ph.D.), Princeton University (MPA), and University of California-Davis (BA). Twitter: @DrTaraO