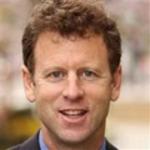 
Michael E. O'Hanlon is a senior fellow and co-director with the Center for 21st Century Security and Intelligence and director of research for the Foreign Policy program at the Brookings Institution, where he specializes in U.S. defense strategy, the use of military force and American foreign policy. Mike is a visiting lecturer at Princeton University, an adjunct professor at Johns Hopkins University and a member of the International Institute for Strategic Studies. His most recent book, co-written with James Steinberg, is Strategic Reassurance and Resolve: U.S.-China Relations in the Twenty-First Century (Princeton University Press, 2014). Mike is also The Sydney Stein Jr Chair.

He has written several hundred op-eds in newspapers including The Washington Post, The New York Times, The Los Angeles Times, The Washington Times, The Financial Times, The Japan Times and Pakistan’s Dawn paper. Mike has appeared on television or spoken on the radio about 2,000 times since September 11, 2001.

Mike was an analyst at the Congressional Budget Office from 1989-1994 and also worked previously at the Institute for Defense Analyses. His Ph.D. from Princeton is in public and international affairs; his bachelor's and master's degrees, also from Princeton, are in the physical sciences. Mike served as a Peace Corps volunteer in Congo/Kinshasa (the former Zaire) from 1982-1984, where he taught college and high school physics in French.