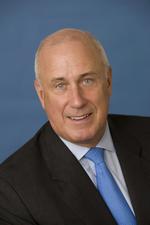 Douglas H. Paal was the Director of the American Institute in Taiwan, the unofficial instrument for U.S. relations with Taiwan, from April 2002 to January 2006. Doug was the President of the Asia Pacific Policy Center (APPC), a non-profit institution in Washington, D.C., which advocated bipartisan promotion of trade and investment, as well as defense and security ties across the Pacific. Prior to forming the APPC, he was the Special Assistant to President Bush for National Security Affairs and Senior Director for Asian Affairs on the National Security Council, where Doug also served in the Reagan Administration. He has worked in the State Department with the Policy Planning Staff and as a senior analyst for the CIA. Doug also served in the U.S. Embassies in Singapore and Beijing. He studied Asian history at Brown and Harvard Universities and the Japanese language in Tokyo. Doug has spoken and published frequently on Asian affairs and national security issues. He currently is a private consultant.