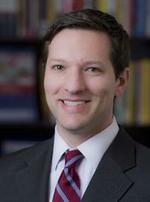 Ely Ratner is Senior Fellow and Deputy Director of the Asia-Pacific Security Program at the Center for a New American Security (CNAS). Prior to joining CNAS he served on the China Desk at the State Department as the lead political officer covering China’s external relations in Asia. Ely has also worked as an Associate Political Scientist at the RAND Corporation and as a Professional Staff Member on the U.S. Senate Foreign Relations Committee.

Ely has testified as an expert witness on Asian security affairs before the U.S. Congress and the U.S.-China Economic and Security Review Commission. His commentary and research have appeared in Foreign Affairs, Foreign Policy, The Washington Post, The New York Times, The Wall Street Journal, The Washington Quarterly, The National Interest, Journal of Conflict Resolution, International Studies Quarterly and Chinese Journal of International Politics, among others. Ely received his Ph.D. in Political Science at the University of California, Berkeley and his B.A. from the Woodrow Wilson School of Public and International Affairs at Princeton University, where he graduated Magna Cum Laude and Phi Beta Kappa.