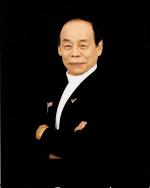 Known as the Father of American Tae Kwon Do, GM Jhoon Rhee holds a 10th degree black belt. He was appointed by President Reagan to the National Council on Vocational Education (1984 to 1988), was appointed by President George H. W. Bush as a Special Advisor to the President’s Council on Physical Fitness & Sports (1988 to 1991). GM Rhee served as the National Chairman of the July 4th, 1983 celebration. He provided the martial arts instructions to Muhammad Ali, Jack Anderson, George Allen, Sr, Bob Livingston, Tony Robbins, Jack Valenti and to over 300 US Senators and House Representatives. He created the National Teacher Appreciation Day, as signed by President Reagan on October 16, 1986. GM Rhee has over 60 affiliated Tae Kwon Do studios in the US and 65 in the C.I.S. (the former Soviet Union). He was selected as the 721st "Daily Point of Light" by President Bush on March 17, 1992, received the American Immigrant’s Achievement Award on March 19, 1999 and the NAPMA’s Life Time Achievement Award on June 10, 1999. GM Rhee was a member of the Steering Committee for the George Allen for US Senator in 2000. In January 2000 he was the only Korea-American to be selected by the National Immigrant Forum and by the I.N.S. as one of the most recognized American immigrants, the list of which included (among the 203 honourees) Albert Einstein and Alexander Graham Bell. He is currently a member of the President's White House Commission on Asian-Americans and Pacific Islanders. The former Speaker-elect, Bob Livingston, once referred to him as "the greatest American I know."