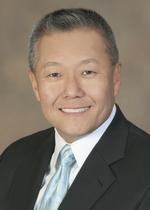 Dr. Rhee is a retired US Navy Captain following 24 years of active duty. Peter is a Fellow of the American College of Surgeons and a Fellow of Critical Care Medicine, as well as a member of the American Association for the Surgery of Trauma; Eastern Association for the Surgery of Trauma; Western Trauma Association; the Society of University Surgeons; the Association for Academic Surgery; the Society of Critical Care; and the Shock Society. He is also a member of the American College of Surgeons Committee on Trauma. Peter serves on numerous national and university committees, is a member of numerous Editorial Boards. He has also authored or co-authored over 200 peer reviewed publications and book chapters. Peter also serves on National steering committees and national trauma research committees including being on the Drug Safety and Monitoring Board and the protocol review board for the Resuscitation Outcomes Consortium. His areas of research interest includes suspended animation for trauma, hemostatic agents, resuscitation immunology and formulation of resuscitation fluids, trauma training, and advanced portable electronic medical devices including ones for communication and documentation.