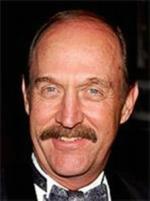 Stan Smith, ICAS advisor to the ICAS Liberty Tennis Board, is a legend of his sport, not only for the myriad tennis titles on his resume, but also for the legacy of sportsmanship and courtesy he has brought to the profession, and which he continues to exude today.

Stan dominated tennis in the early 1970s, winning the U.S. Open in 1971 and Wimbledon in 1972. In his career he has won 39 singles titles. He also represented his country in the Davis Cup for 10 years, helping to win the coveted championship seven times.

He was inducted into the International Tennis Hall of Fame in 1986.

He was the Co-Founder and currently Manager of the Smith Stearns Tennis Academy at Sea Pines Resort started in 2002. Stan has also been the Touring Pro for Sea Pines since 1971.

Stan currently serves as Chairman of both Stan Smith Events and Stan Smith Design. He became the President of the International Tennis hall of Fame in 2011.

Stan and his wife Margie reside in Hilton Head Island, South Carolina and have four children and three grandchildren.