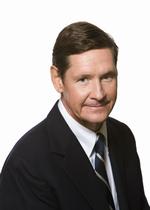 Baker Spring is the F.M. Kirby Research Fellow in National Security Policy at The Heritage Foundation.

Baker specializes in examining the threat of ballistic missiles from Third World countries and U.S. national security issues. In 2005, he developed "Nuclear Games", a table-top exercise to show diplomats from Australia, China, India, Japan, Russia and South Korea the realities in a world where many nations, including rogue states such as North Korea, have nuclear weapons.

Baker demonstrated how missile defense systems can strengthen stability and promote peace in such a world. Based on its success, Heritage hosted the first war-gaming exercise on energy security in December 2006.

He also was instrumental in defeating the Anti-Ballistic Missile (ABM) Treaty earlier in the decade. Baker argued that the 1972 pact was worthless because the treaty’s other signing party, the Soviet Union, no longer existed – which meant that the United States could go all out and create a missile defense system. "The ABM Treaty simply didn’t reflect today’s geopolitical realities," he said in a 2002 interview. "When we signed it, Leonid Brezhnev was running the Kremlin, the Cold War was at its height, and U.S-Soviet missile were pointed at each other."

In 2003, Baker received the prestigious Dr. W. Glenn and Rita Ricardo Campbell Award for his work. The award is given annually to the Heritage employee who delivered "an outstanding contribution to the analysis and promotion of a Free Society."

A graduate of Washington and Lee University, he received his master’s degree in national security studies from Georgetown University.