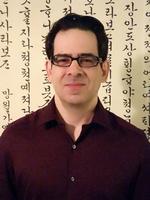 
Joshua Stanton, ICAS Fellow, founder of OneFreeKorea, is an attorney in Washington, D.C. with 20 years of military and civilian experience in criminal and civil litigation and administrative law. Between 1998 and 2002, he served as a U.S. Army Judge Advocate in Seoul, Taegu, and Pyeongtaek, Republic of Korea. Since 2004, Joshua has maintained the One Free Korea blog in his personal time. In 2006, he testified before the House International Relations Committee. His blog was the first to identify and publish satellite imagery of three North Korean prison camps. Joshua's work has been cited in The Wall Street Journal, The Washington Post, Reuters, The Guardian, and The Daily Telegraph. His op-eds have been published in The New York Times, The Washington Post, Foreign Policy, Foreign Affairs, The Wall Street Journal, CNN International, and The Weekly Standard. Since April of 2013, Joshua has assisted the U.S. House of Representatives, Committee on Foreign Affairs, with the drafting of the North Korea Sanctions Enforcement Act, which passed the full House by a vote of 418-2, passed the Senate by a vote of 96-0, and was signed into law by the President in February 2016. He is the author of "North Korea: The Myth of Maxed-Out Sanctions," published in The Fletcher Security Review, and "Arsenal of Terror: North Korea, State Sponsor of Terrorism," published by the Committee for Human Rights in North Korea. The views Joshua expresses are his own and do not represent views of the Foreign Affairs Committee, or of any organization or government agency.