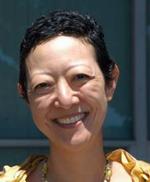 Rhea S. Suh, ICAS Fellow and Liberty Awardee; Chief Financial Officer and Assistant Secretary for Policy, Management and Budget, was nominated by President Obama and confirmed by the U.S. Senate in the spring of 2009 as the Chief Financial Officer and the Assistant Secretary for Policy, Management and Budget at the U.S. Department of the Interior. The Department of the Interior is a cabinet level agency in the U.S. government which is responsible for management of the nation's natural and cultural resources and public lands, and for the nationˇŻs trust responsibilities to indigenous peoples. Assistant Secretary Suh oversees the human capital, fiscal, business and budgetary management of the Department of the Interior, with a $12 billion budget and more than 70,000 employees. Rhea also provides policy leadership on international affairs and for Secretarial initiatives on land conservation, sustainability, youth engagement and employment and diversity.

During her tenure at the Department, Rhea has led diplomatic negotiations for an international agreement that will permanently protect the Flathead River basin ecosystem in the U.S. and Canada from oil, gas and minerals development. She has also helped to elevate the Department's engagement in a number of important multilateral processes including the Arctic Council.

In the aftermath of the Deepwater Horizon oil spill, Rhea co-led the strategic planning to reorganize the former Minerals Management Service. In this reorganization, she assumed responsibilities for the Office of Natural Resource Revenue, which collects oil and gas royalties and fees (averaging $10 billion annually) on behalf of the federal government.

Prior to her current assignment, Rhea served as a program officer and manager at the David and Lucile Packard Foundation and as a program officer at the William and Flora Hewlett Foundation. In those positions, she planned and managed multi-million dollar conservation initiatives. Most notably, Rhea led the successful effort to help protect 21 million acres of coastal temperate rainforest, known as the Great Bear Rainforest, in British Columbia.

Her extensive work experience includes teaching high school-level Earth Sciences in the New York City public school system, serving as a consultant to the National Park Service in New England, and, during the Clinton administration, serving as a senior legislative assistant on the staff of Senator Ben Nighthorse Campbell, where Rhea worked on public lands management and regulatory issues affecting energy, air and water. Her efforts there included interacting with both political parties to negotiate collaborative approaches on legislation that directly affected the Presidio Trust, the Black Canyon of the Gunnison National Park, and the Boston Harbor Islands National Recreation area.