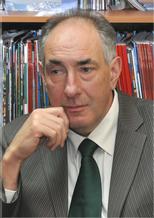 
Geogy Toloraya a professional diplomat (rank of minister) with decades-long experience in Korean affairs, having served two postings in North Korea (1977-80 and 1984-7), then in South Korea as a Deputy Chief of the Russian Embassy (1993-8) and later as the senior Russian Foreign Ministry official (Deputy Director- General) in charge of the Korean Peninsula (1998-2003). Georgy worked as the Consul General of Russia in Sydney, Australia (2003-2007). Prior to that he worked for trade promotion agencies related to Korea. Georgy now works for the "Russkiy Mir" (Russian World) Presidential Foundation in Moscow as department chief in charge of Asia and is the national coordinator for CSCAP Russia. Since 2011 he also holds the post of Executive Director of National committee for BRICS research, Russia. Georgy is concurrently the Director of Korean research at the Institute of Economics of the Russian Academy of Sciences. Prof.Toloraya pursued a successful scholarly career, having graduated from MGIMO (Moscow University of International Relations) in 1978, earning a Doctor of Economy degree in 1984 and a Full Professor degree in Oriental studies in 2002. Georgy has published many articles and books on East Asia, collaborated as a part-time researcher with noted Russian academic institutes including the Institute of World Economy and International Relations (IMEMO), and taught at MGIMO. In 2007-2008 he was a visiting fellow at the Brookings Institution in Washington, DC.