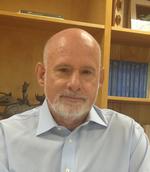 
Joel S. Wit, concurrently Senior Fellow at the U.S.-Korea Institute at SAIS and Adjunct Senior Fellow at Columbia Universityĺs Weatherhead Institute for East Asia, is the founder of "38 North" and the project lead. An internationally recognized expert on Northeast Asian security issues and non-proliferation, Joel has 20 years of experience in the U.S. State Department and the Washington think-tank arena. After a short stint on detail to the Central Intelligence Agency writing the first National Intelligence Estimate on ballistic missile proliferation, he was a member of U.S. delegations to the Strategic Arms Limitation and Intermediate Nuclear Force Talks with the Soviet Union.

In 1993, Joel joined the staff of Ambassador Robert L. Gallucci and was an important player in reaching the 1994 U.S.-North Korea Agreed Framework. From 1995-2000, he was the State Department Coordinator for implementation of that agreement, playing a key role in the formation of KEDO and its operations as well as working with North Korea on other aspects of the Agreed Framework.

Joel has been an International Affairs Fellow at the Council on Foreign Relations, a Senior Associate at the Henry L. Stimson Center, a Guest Scholar at the Brookings Institution and a Senior Fellow at the Center for Strategic and International Studies. He is the founder of the38North website and has written numerous articles on North Korea and non-proliferation. He is also the co-author of the book Going Critical: The First North Korean Nuclear Crisis.