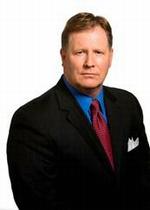 We are pleased to share with you that Peter Brookes will address the ICAS Fall Symposium on October 19, 2010 in Washington DC.

Peter is also in his second term as a congressionally-appointed member of the U.S.-China Economic and Security Review Commission and served on the advisory committee of the Commission on the Prevention of WMD Proliferation and Terrorism in 2008. He is also an Adjunct Professor at the National Defense University .

Since joining Heritage in 2002, Peter has become a major presence in print media with more than 300 published articles in at least 50 newspapers, journals and magazines. He is a columnist for the nation's fifth largest newspaper, the New York Post. His column also runs in several other domestic and foreign newspapers, and on numerous news and opinion Web sites.

Peter is also a Contributing Editor for Armed Forces Journal magazine and a contributor to Townhall magazine. He has been quoted by many of the world's largest newspapers and magazines. In 2005, Peter published A Devil's Triangle: Terrorism, Weapons of Mass Destruction and Rogue States (Rowman & Littlefield; paperback 2007).

He also is a force in electronic media as well, with at least 1,300 appearances as a commentator on TV and radio. Channels Peter has appeared on include ABC, NBC, CBS, FOX, CNN, MSNBC, CNBC, NPR, BBC, CBC, VOA, Al Hurra and Radio Free Asia. Peter has hosted major market talk radio programs, including XM satellite radio.

On Capitol Hill, Peter has testified numerous times before both the Senate and House of Representatives as both a public official and as a private citizen. He is also a frequent public speaker around the country and the world, making more than 200 addresses in 15 countries, including participation in State Department public diplomacy speaking programs in Japan, Germany, Australia, Poland, Austria, Ukraine, Fiji and Papua New Guinea .

Before coming to Heritage, Peter served in the George W. Bush administration as the Deputy Assistant Defense Secretary for Asian and Pacific Affairs, where he was responsible for U.S. defense policy for 38 countries and five bilateral defense alliances. Prior to the Bush administration, Peter worked as a Professional Staff Member with the House Committee on International Relations. He also served with the CIA, the State Department at the United Nations, and in the private sector defense and intelligence industry.

Peter is a decorated military veteran, having served on active duty with the Navy in Latin America, Asia, and Middle East in aviation and ntelligence billets. Brookes has more than 1,300 flight hours aboard the Navy's EP-3 reconnaissance aircraft. Now a retired reserve Commander, during his reserve career he served with the National Security Agency, Defense Intelligence Agency, Naval Intelligence, the Joint Chiefs of Staff, and the Office of the Vice President, working as an intelligence analyst, strategic debriefer, Russian language interpreter, defense attaché, policy adviser and Associate Professor at the Joint Military Intelligence College.

He is currently a doctoral candidate at Georgetown University . Peter is a graduate of the U.S. Naval Academy (bachelor's degree in engineering); the Defense Language Institute (diploma in Russian); the Naval War College (diploma); and the Johns Hopkins University (master's degree in government). Peter has studied German and Polish.

He has traveled to more than 50 countries on five continents and has served as an international election observer in Indonesia and Cambodia. Peter has served in political positions at the local, state and national level, including being a drafter of the Republican National Committee's 2000 foreign policy platform at the Philadelphia convention. He served as an adviser to the 2000 and 2004 Bush campaigns on foreign policy and has briefed the 2008 presidential candidates.

Peter spoke five times before the ICAS audience in the past and this is his sixth appearance.