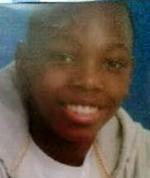 We are pleased to share with you that DreShaun Jarmon has won Men's Open Singles Championship of the ICAS Liberty Tennis Classic Invitational, Ambler, Pennsylvania on April 16, 2011.

DreShaun is currently 16 years old and he began playing tennis when he was 8 years old. He became interested in tennis when his mother was watching tennis one day and Lance Lee (Tennis Director, Arthur Ashe Youth Tennis and Education (AAYTE) who noticed his talent has been coaching him since then. DreShaun plays for and represents the AAYTE under the mentorship of President Kenny Holdsman.

DreShaun is a sophomore at Central High School in Philadelphia where he plays number 1 singles for the tennis team. He plays tennis because it makes him "happy" and DreShaun could "not live without it".